A liberal & inclusive church, seeking God through beauty in our worship, honesty in our faith & doubt, & service in our community

In November we are again supporting USPG’s project in Malawi, which has helped improve the living standards of vulnerable households across the four Anglican dioceses of Malawi. The key areas the programme focuses on are: girls’ education, livelihoods, environment and climate change, water, sanitation and hygiene.

To improve literacy amongst girls, it focuses on increasing school enrolment and also works with communities and parents to reduce early marriages, early pregnancies, and the rate at which girls drop out of school. The programme is working to achieve increased household income and food security by equipping farming households with improved farming skills, business skills and access to loans. It has set up farmers’ groups to teach farmers to use new agricultural technologies. It also ensures that households, chur ches and other institutions are knowledgeable about environment management.

You can also give by visiting USPG’s donations page at https://uspg-donation-form.raisely.com/. If you wish to set up a direct debit, do specify that you are part of Christ Church, supporter number RE103, and USPG will be able to collate our donations and give us a yearly total.

Owen Spafford (Cosmo Sheldrake, Don’t Feed the Peacocks) and Louis Campbell (Sam Sweeney, Solo) met as teenagers, as part of the first cohort of the National Youth Folk Ensemble. Since forming their duo in 2018, they have been nominated for the BBC Young Folk Award and performed across England, including Cecil Sharp House and Sidmouth Folk Festival. A shared musical ‘true north’ and lasting friendship enable the duo to make two instruments seemingly sound as one; creating subtle and emotive textures that redefine the trad. fiddle and guitar duo idiom.

Owen has performed for the leaders of the commonwealth states, toured with Giffords Circus and has been recieved a scholarship to study composition at the Royal Academy of Music. He is currently working on Cosmo Sheldrake’s next album. Owen is also an All-Britain Fiddle Champion in the Fleadh Cheoil na Breataine, BBC Young Composer Competition nominee and has studied with John Dipper. Equally at home in a traditional session as he is in a free improvisation workshop, Spafford's understanding of the oral tradition and love for vernacular music from around the world enables an inventive and thoughtful fiddle style.

Louis has been lucky enough to perform with Martin Carthy and John Doyle and joined Sam Sweeney’s band at 19. At the Royal Northern College of Music, he studied under Martin Simpson, Stuart McCallum, Craig Ogden and Kris Drever and has been cited as ‘a talent to watch’ by the Sunday Times. Most commonly seen behind a large effects pedalboard, the duo provides space for Campbell to connect with his first love, the acoustic guitar. He has also released three solo EPs of alternative music.

The duo allows Owen and Louis to distill their love of traditional and experimental music into powerful, intricate and intimate music. Their debut album 'You, Golden' manages to orbit many different sound-worlds while staying comfortably within the acoustic context of English folk music; seamlessly blending traditional tunes with their own material.

On the basis that:

We, the leaders and members of Christ Church, Julian Rd, Bath, want to publicly recognise a Climate and Environmental Emergency, and commit ourselves to: 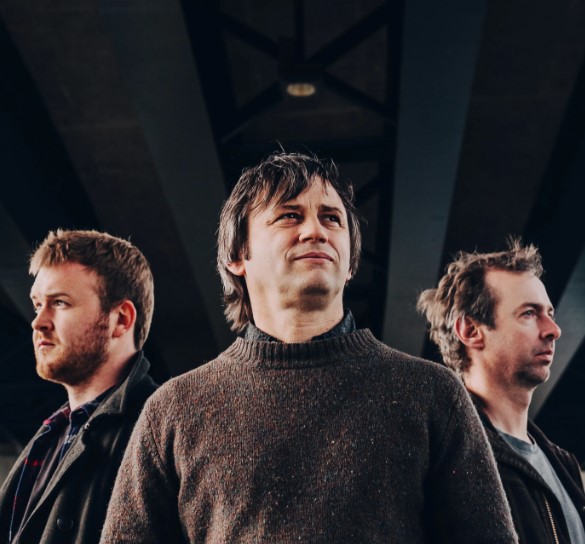 Leveret is a unique collaboration between three of England's finest folk musicians.  Andy Cutting (button accordion), Sam Sweeney (fiddle) and Rob Harbron (concertina) are each regarded as exceptional performers and masters of their instruments.  Together their performances combine consummate musicianship, compelling delivery and captivating spontaneity.  Leveret’s music is not arranged in the conventional sense and the trio rely on mutual trust and musical interaction to create new settings of their repertoire in the moment, with no two performances alike. Their playing is relaxed and natural, drawing audiences in and inviting them to share in music that is truly spontaneous and deeply timeless.

Fiddler Sam Sweeney was the 2015 BBC Folk Awards Musician of the Year and the inaugural Artistic Director of the National Youth Folk Ensemble.  He is known for his work in Bellowhead and his solo albums The Unfinished Violin and Unearth Repeat.  Melodeon genius Andy Cutting, a four-time BBC Folk Awards Best Musician, is a compelling solo performer and works with Blowzabella, Topette, June Tabor, and Roger Daltry.  Concertina wizard Rob Harbron leads the English Acoustic Collective Summer School, released his own solo album Meanders in 2019, and is known for his work with The Full English, Emily Portman and Emma Reid.

Leveret's music is firmly rooted in the English tradition but sounds fresh and new.  Over numerous tours and five albums, the trio have built a strong reputation as superb musicians, fine tunesmiths and captivating performers, demonstrating the enduring appeal and endless potential of the folk tune.  In 2023 Leveret will celebrate 10 years on the road with two tours and a new album and tunebook.  Audiences new and old can expect incredible musicianship and compelling presentation.